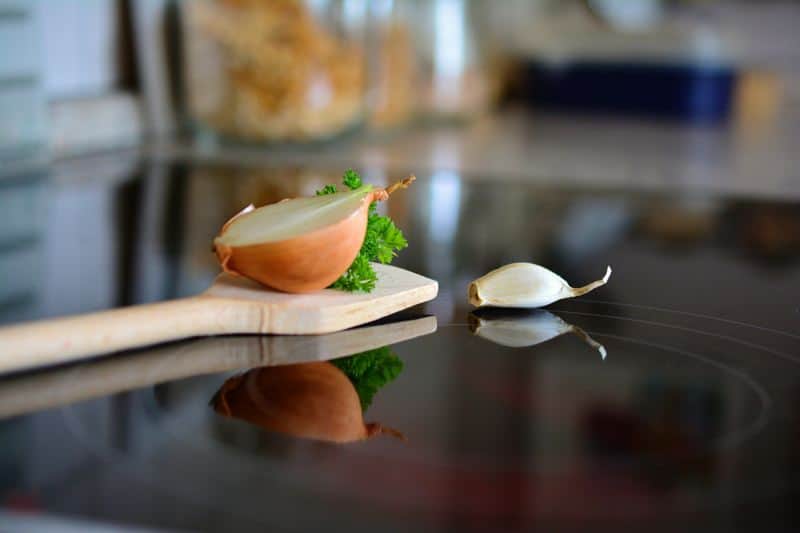 Induction cooktops are not a new idea. The idea goes back as far as the start of the 20th century. However, their innovations in the world of cooking can seem quite revolutionary compared to the traditional gas or electric stoves. Checkout this post detailing the induction cooking questions.

Despite their surprising age, induction cooktops just haven’t been as widely adopted as their obvious advantages merit. Only very recently have induction cooktops been taken up en masse, but even then, primarily by professional chefs and caterers.

So, in order to remedy this apparent culinary injustice, here are five advantages to using induction cooktops.

Advantages of using an Induction Cooktop

Bear in mind that the act of cooking is simply applying heat to food. But while most methods don’t heat up the food directly, instead heating the cookware which then indirectly cooks the food inside, induction cooktops cut out one of the most inefficient stages in the cooking process.

As a result, the heat is generated directly inside your pot or pan, cooking your food much more efficiently. The food is cooked much faster and a good deal less heat is lost in the process.

This is done through the creation of a high-frequency AC electrical current by an induction element. The subsequent electromagnetic field goes on to induce electrical energy into thermal energy inside the ferrous metal of your cookware, specifically causing the electrons within the iron to start vibrating and producing heat.

Less heat is lost through the redundant heating up of your kitchen which takes place when using other means of cooking your food. Induction cooktops result in more of the electrical energy being used to actually heat up your food rather than your kitchen.

The degree of heat generated within the cookware placed on top of the induction cooker surface can be directly controlled by changing the strength of the magnetic field.

Swift alterations to the strength of the magnetic field therefore instantaneously impact the amount of heat converted inside the cookware.

As a result, induction cooking is ultimately a great deal safer than alternative forms of heating food—as opposed to electric stoves for instance—induction cooktops can be switched off immediately.

In addition, the cooking vessel used must fit the size of the induction element. If it doesn’t, the safety sensor is simply not triggered, meaning the element is not activated and no heating takes place.

This is a fantastic safety mechanism as it means the cooktop won’t begin heating until the correct cookware is placed on the cooking surface.

Induction is fast. Induction cooktops can heat food 20% to 50% more rapidly than electric stoves based on conduction, and allow immediate adjustment of the temperature setting.

Induction hobs have incredibly powerful, generally 24 kHz high-frequency electromagnets which are designed to create an electromagnet field which goes on to promptly and directly heat up the entire lower surface of the ferrous metal cooking vessel. Because the entire flat lower surface is heated up, induction cooktops are not only faster, they also heat more evenly than other types of cooktop.

Water can be boiled incredibly fast, and generally food can be cooked significantly quicker and more evenly than by other means. The circulation of water spreads the generated heat more evenly, thus preventing the occurrence of hot spots.

This is less obvious, but of major importance in both smaller kitchens and larger professional situations. Traditional heating applications give off so much heat through the inefficiency of their method that the kitchen environment can quickly become overbearingly hot.

In fact, restaurant kitchens often require additional cooling due to the excessive heat given off by the stoves.

This is both an additional cost and bad for the environment. By minimizing the amount of waste heat given off, induction cookers can significantly improve the working environment for professional chefs, and remove the need for venting or extra cooling.

Additionally, induction cooktops include precision temperature controls with the ability to cook at particularly low temperature settings—perfect for careful cooking of certain foods and reducing the risk of accidentally scorching or boiling your food.

See Also: How to tell if your cookware is induction ready?

One common concern about induction cooktops is whether they will work will your current cookware. Fear not, all flat cooking vessels that are made with ferrous (that is to say, magnetic) metals, are compatible with induction cooktops.

In other words, the vast majority of common cookware materials, such as cast iron or stainless steel, are able to be used with induction cooktops.

For those other types of cookware, for example aluminum and copper, the use of a ferrous induction plate will render your worries obsolete. Simply place your preferred cooking vessel on top of the induction plate and it is immediately made to function with an induction cooktop.

Induction cooktops generally have useful additional features such as a pan-suitability detector which checks whether your cookware is made of the right material and/or is the right size for the diameter of the cooktop surface.

Cooktops can also have child safety locks as well as warning lights which are triggered when a surface is hot or other types of indicator which show areas of residual heat. Other possible indicators can include voltage and connection problem warning lights.

Some induction cooktops also boast limiters which disable excessive temperatures to prevent fires. They can also have overflow detection to prevent other accidents.

A few induction cooktops include a power boost mode which is particularly useful for certain types of thicker cookware which do not sport as much resistance to the electrical field—consequently more power is needed to generate the same amount of heat; power boost is able to overcome this problem. It can also be used to heat up your food quicker.

These features make induction cooktops a great option for those who want to upgrade their kitchen appliances and enjoy the benefits of modern technology. Overall, induction cooktops are a smart choice for anyone who values efficiency, safety, and convenience in their cooking experience.

In addition, induction cooktops are also environmentally friendly as they emit less heat and reduce energy consumption. They also offer a sleek and modern design that can enhance the overall aesthetic of the kitchen.

They are also durable, making them a long-term investment. Induction cooktops are perfect for those who want to take their cooking to the next level by enjoying faster, precise, and energy-efficient cooking.

With these benefits and many more, it is no wonder why induction cooktops are becoming increasingly popular among home cooks and professional chefs alike.

link to Is Induction Cooking Safe During Pregnancy? [2023]

As a chef with many years of experience in commercial and home cooking, I know how important it is to have the right tools in the kitchen. One of the most popular and innovative tools in recent years...